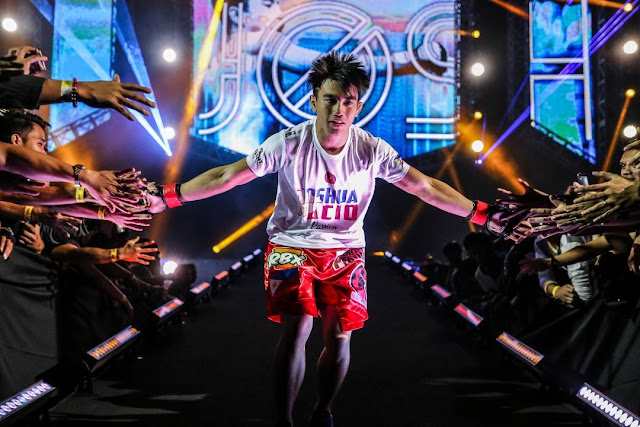 ﻿
On many occasions, ONE Championship Chairman and CEO Chatri Sityodtong has stated that he would never sign an athlete like Conor McGregor because he doesn’t embody the values of the company. In many respects, ONE Strawweight World Champion Joshua Pacio is the polar opposite.
Pacio is a shining embodiment of the traditional martial arts values.
Nicknamed “The Passion,” Pacio is a man who relies firmly on his faith. In these times of uncertainty it’s something that he has turned to for reassurance.

“The important thing for me in this kind of situation is praying to God. He is the only one who knows what's going to happen, trusting in God in this kind of situation is important and of course we should trust Him not only in these situations but in good times or bad. My teammates inspire me every day, they are the reason why I'm a champion, they helped me get to where I am today, they motivate me in downtimes and help me realize what my mistakes are. The hardest part is that we can't go to the gym to train, that's why we find ways to train inside our homes. In the past years, we were lacking training equipment in the gym. This is not new to us, so we find ways to stay sharp. Luckily, I have punching mitts and manong (older brother) Kevin [Belingon] and I are in the same barangay (village) so we hold pads for each other. Actually, this pandemic taught me more on how to bond with my dog. And my dog is getting fat so I need to go run or jog with her. When I get older, I think we need to talk about getting up in a higher weight division. But for now, I have no intention of going up in weight classes because my teammates are in those weight classes. Honestly I’m not the guy who has a dream opponent. I just focus on improving every day and every bout. I am a champion and I need to prove that every time I step inside the Circle.” ~Joshua Pacio, ONE Strawweight World Champion 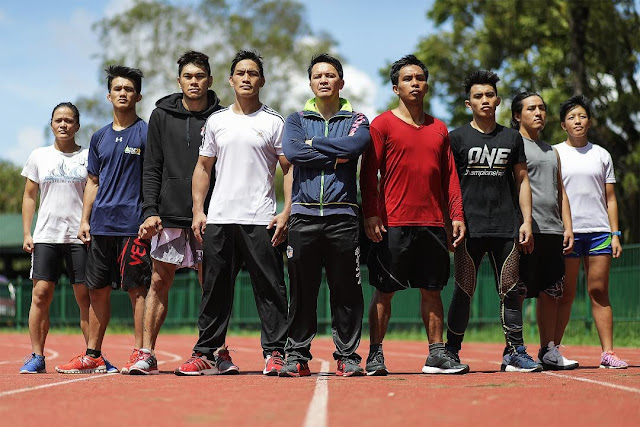 ﻿
Pacio is part of a unique band of brothers at the famed Team Lakay of Baguio City, Philippines. Remarkably, he is one of five athletes who have realized their dreams of becoming World Champions at ONE Championship.
Under the watchful eye of legendary coach Mark Sangiao, Pacio and his team combine a strong work ethic with deep-rooted values to achieve unprecedented success. They didn’t start out with any fancy equipment, but the strength of their collective mindset gave them everything they needed to succeed.
While the current COVID-19 situation is far from ideal for an elite martial arts world champion, Pacio’s experience as a member of Team Lakay has put him in good stead.
Having a teammate nearby is certainly helping Pacio stay sharp during the pandemic, but as fans have seen in his recent social media posts – one companion in particular, has become a mainstay of his daily routine.
While Pacio’s dog may have put on the pounds, he doesn’t intend to follow suit.
Pacio’s reservations about a jump to flyweight are understandable. ONE’s flyweight division really is packed with his brothers from Team Lakay. Geje Eustaquio is a former ONE Flyweight World Champion, and Danny Kingad was a finalist in the ONE Flyweight World Grand Prix. Meanwhile, competing at his current weight seems to suit Pacio just fine, with his second reign as king of the strawweights producing some impressive results.
After winning the belt back from Yosuke Saruta in Manila in April 2019, the young star returned to his nation’s capital twice more to carve out a statement victory over veteran wushu world champion and fellow Filipino Rene Catalan in November, before going on to clinch a decision win over former strawweight titleholder Alex Silva in January.
Despite not having a bout booked for the first time in a long-time, the 24-year-old Pacio’s mindset seems sharper than ever as he looks to carve out an enduring legacy in the world’s largest martial arts organization.
ONE Championship’s martial arts values are integrity, humility, honor, respect, courage, discipline, and compassion. In difficult times, it’s inspiring to see an individual who has such a strong grasp of what it means to incorporate them into daily life, whether it’s in or out of competition, or indeed, in the midst of a global pandemic.
But, judging by his work ethic, as well as the strength he draws from his faith, his teammates and indeed, his furry companion, Pacio has all the ingredients to flourish under any circumstance.
﻿
- April 24, 2020

Email ThisBlogThis!Share to TwitterShare to FacebookShare to Pinterest
Labels: Joshua Pacio, ONE Championship