If you want to feel how an NBA game atmosphere is like, head on out to NBA 3X Philippines 2016 presented by Panasonic at the SM Mall of Asia Music Hall from August 19-21, 2016.﻿

﻿
This year, watch the Minnesota Timberwolves Dancers—Ariel, Ashley, Courtney, Demi, Dua and McKenna—bring their high energy, fierce routines and spirited numbers on the dance floor.  Beyond being eye-catching entertainers, they will show you that they are also certified athletes.  L.A. Clippers mascot Chuck the Condor will also spread good vibes to the MOA audience by dancing, dunking and spreading the enthusiasm all around.
The Timberwolves Dancers and L.A. Clippers mascot Chuck will join Michael Carter-Williams of the Milwaukee Bucks and interact with basketball fans of all ages at the sixth consecutive staging of NBA 3X Philippines.  The event will showcase authentic NBA entertainment, and will be highlighted by a 3-on-3 tournament featuring 200 men’s and women’s teams from all over the country.
The competitive 3-on-3 tournament includes divisions for boys (under-13, under-16, under-18, and open category), girls (under-16 and open category) and the invitation only Celebrity Division.  The Celebrity Division in the 3-on-3 tournament will bring together well-known local screen and TV personalities who will bring their games to the court.
Free fan activities include shooting and passing stations; NBA 3X Halftime, and many more.  Families and mall goers can also watch performances by DJs, join fun activities at partner booths, and enjoy celebrity sightings.
The official partners of NBA 3X Philippines 2016 presented by Panasonic include CloudFone, Globe Telecom, Touch Mobile, and Sprite, with SM Mall of Asia and Spalding serving as Supporting Partners.  Official NBA broadcasters for the event are ABS-CBN Sports and Action, Basketball TV, and NBA Premium TV.
For more information on NBA 3X Philippines 2016 and to register for the 3-on-3 tournament, log on to www.nba3x.com/philippines.  Fans can also get event updates by following the NBA on Twitter at www.twitter.com/nba_philippines and through Facebook at www.facebook.com/nba3xasia and www.facebook.com/philsnba.  For all things NBA, visit www.nba.com.
***************
About the NBA
The NBA is a global sports and media business built around three professional sports leagues: the National Basketball Association, the Women’s National Basketball Association, and the NBA Development League.  The league has established a major international presence with games and programming in 215 countries and territories in 49 languages, and NBA merchandise for sale in more than 125,000 stores in 100 countries on 6 continents.  NBA rosters at the start of the 2015-16 season featured 100 international players from 37 countries and territories.  NBA Digital’s assets include NBA.com and the NBA app, which achieved record traffic during the 2014-15 season, as well as NBA TV.  The NBA has created one of the largest social media communities in the world, with more than one billion likes and followers globally across all league, team, and player platforms.  Through NBA Cares, the league addresses important social issues by working with internationally recognized youth-serving organizations that support education, youth and family development, and health-related causes.
About Panasonic Manufacturing Philippines Corporation
Panasonic Manufacturing Philippines Corporation (PMPC), with factories located in Taytay, Rizal and in Sta. Rosa, Laguna is a manufacturer, importer, and distributor of electronic, electrical, mechanical, electro-mechanical appliances, other types of machines, parts and components and related products bearing the brand name, “Panasonic” in the Philippines.  PMPC primarily manufactures refrigerators, air conditioners, washing machines, and electric fans.  The company has a wide base of sales, distribution, and service centers strategically located at key municipalities, cities, and provinces all over the Philippines.  PMPC posted a sales performance of 8.7 billion pesos for the year ended March 31, 2016.  For more information about the company, please visit PMPC’s website at http://www.panasonic.com/ph.

Good health is the greatest gift that Filipinos can ever receive. With malnutrition affecting many children, it is crucial for the community... 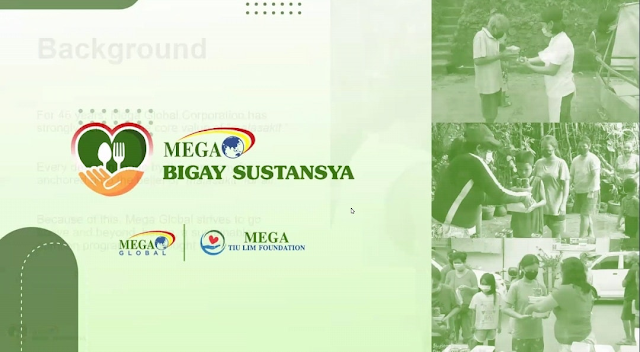